Acts & Times are subject to change. 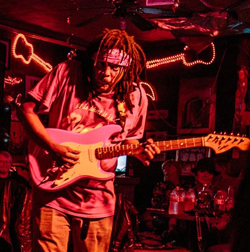 Lucious Spiller was born in St.Louis, MO. At an early age, he discovered that God had blessed him with a special gift. His dad gave him a guitar when he was four. Immediately he was a natural, he started out playing in church. Lucious has performed with countless well known musicians to include Bo Diddly, Larry “Totsy” Davis, Albert King, Eddie Clearwater, Robert Cray. He has been opening act for such artists as the legendary Ritchie Havens’ Bobby “Blue” Bland and the infamous Tower of Power, Zach Brown, and many others. His music is an energized mix of new blues and old school injected with a contemporary edge. His songs are brought to vivid life by his unlimited energy. 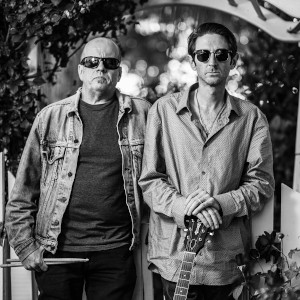 J.H. Sitton is an Americana/Folk Rock duo from Clarksdale, MS and are currently on tour supporting their upcoming release "Ghost Inside Of You." The duo consists of J.H. Sitton on guitar and vocals and Doug Bales (from Mark "Porkchop" Holder, James Leg and Uncle Lightnin') on drums. 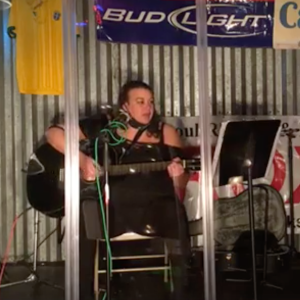 “Rockin’ Robin Hathaway, Clarksdale newcomer since fall 2020, is no stranger to the stage and to the blues. She has performed at various political events, concerts, clubs and festivals throughout the country, primarily in the northeast. During her professional career spanning almost 18 years, she has managed and performed with many acts of her own as well as with members of Roomful of Blues, Blue Coupe, the Blushing Brides, Big Nazo and Parliament -Funkadelic, singing on stage alongside one of her musical idols, George Clinton. Robin is also a recipient of the New England Talent Awards’ Best Female Vocalist and weaves in elements of her favorite genres including rock, funk, and reggae into her soulful and powerful blues performances. 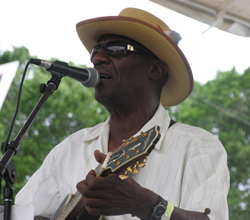 Jimmy "Duck" Holmes is the proprietor of one of the oldest juke joints in Mississippi, the Blue Front in Bentonia. In the mid-2000s he began performing blues actively after many years of performing casually, and has already garnered several awards and many accolades. He is a practitioner and conscious advocate of a distinctive blues style from his hometown whose most famous proponent was blues pioneer Skip James. 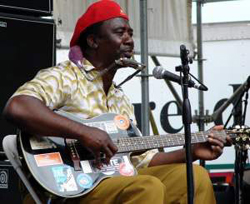 One of Mississippi's hidden treasures: a contemporary hill country bluesman, lifelong resident of Pontotoc, who has created his own distinctive version of the harp-blowing, guitar-grooving one-man band. Although he's long past the dues-paying stage, Bean has played with some of the most important bluesmen to come out of Mississippi in the past two decades. 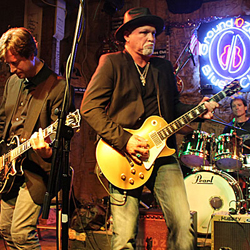 Known primarily as the rhythm guitarist and vocalist on Ted Nugent's early (and best) solo albums, Derek St. Holmes has also subsequently lent his talents to recordings by other artists and by the dawn of the 21st century, finally launched his own solo career. Hailing from a small city not far from Detroit (Riverview, MI), St. Holmes became originally interested in music via his mother, who sang regularly in a church choir. Not long after, St. Holmes picked up guitar and began to sing himself and was influenced by the usual Brit-rock suspects of the '60s (the Rolling Stones, the Beatles), but also soul and blues artists (Marvin Gaye, Aretha Franklin, B.B. King). By the early '70s, St. Holmes was fronting a local Michigan rock outfit called Scott, who opened up several shows for Ted Nugent. Nugent's singer at the time left the Motor City Madman high and dry and several auditions were arranged with St. Holmes, all of which proved unfruitful. Just as St. Holmes was about to relocate to the West Coast to try his luck there, a final audition was arranged and this time, St. Holmes and Nugent decided to unite. 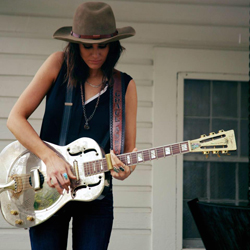 At the wild age of 22, Grace left six generations of Memphis roots behind to find her voice - what she found was far more than a delicately destructive sound. Invoking the spirits of the cross roads and imbibing the spirits of the heartland, this Tennessee tumbleweed found a home with the salt of the earth. 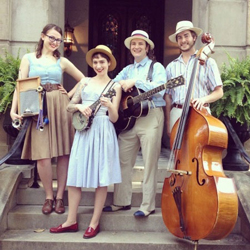 Christian Stanfield and Miss Vera Victoria founded the Side Street Steppers in June of 2009. What began as a simple duo of musicians unearthing material from the Golden Age of American gramaphone recording has grown into a full-blown Memphis institution. 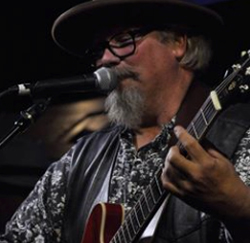 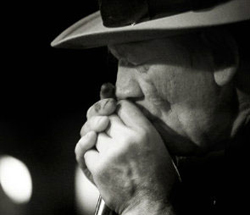 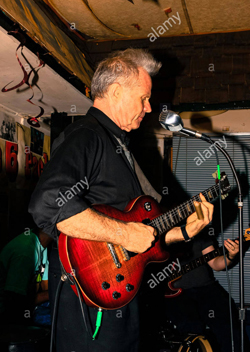 His years of playing Nashville, Clarksdale and Memphis have served his blues well. 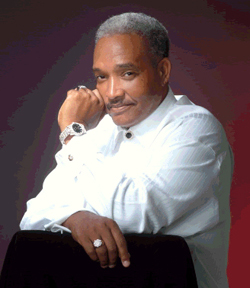 American soul blues singer, guitarist, arranger, songwriter and record producer. He was influenced by the deep soul music of the 1960s, as performed by O. V. Wright, James Carr, and Z. Z. Hill, although his styling, production and lyrics are more contemporary in nature. 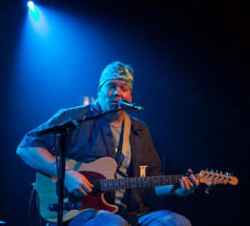 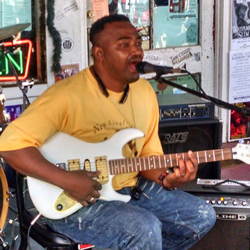 Ever since I was knee-high to a duck, my dad called me “Willey Woot” and it sticks with me today. That’s what I am calling this CD. This is a mix of songs from my previous self produced CDs in the COTTON PATCH BLUES STYLE that I was raised on. That original SOUL BLUES like my Poppa played. I hope you enjoy.

Born in the Mississippi Delta, Mark learned the true meaning of the Blues down on Parchman Farm Penitentiary. He was taught by David Kimbrough, the son of Jr. Kimbrough, how to play the guitar inside Parchman, and soon after, Mark joined the Parchman Prison Band. ​ After Mark left Parchman, he followed his love for the Blues towards bettering himself. Along the way, he met the Blues legend Big Jack Johnson. He became both a mentor and friend to Mark and even gave Mark the nickname "Muleman". 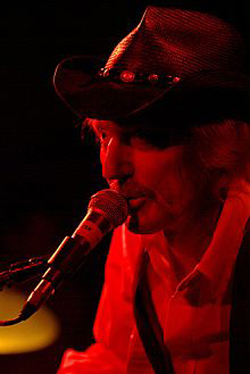 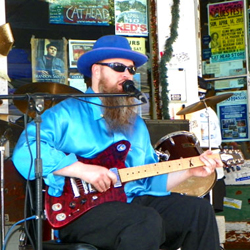 Baptized in the fire water of Clarksdale, MS., Sean “Bad” Apple began his spiritual journey of learning the blues by seeking out the old blues musicians that were willing to share their years of knowledge. Sean is working hard to keep Hill Country Blues alive and well. People are always in for a good show and never leave disappointed when the Bad Apple is on the stage Peggy "Lady Trucker" Hemphill & King Artemis join Sean "Bad" Apple! 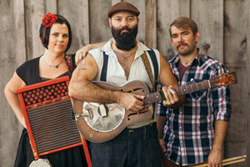 “… the reincarnated Mississippi moan of guys like Son House… a burly soul punishing the senses with a Deltapunk attack and a heavy helping of rural realism. You can’t ignore his Big Damn Band’s gospel.” — Elmore 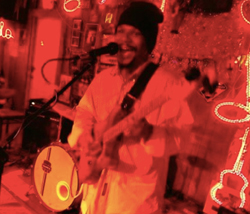 Anthony “Big A” Sherrod is a young Mississippi bluesman, schooled by a noted blues teacher in the area, “Mr. Johnnie” Billington, who taught not only the music but the value of hard work and knowledge of the culture and history from which Mississippi blues emerged, a world where the musicians worked at very hard, low-paying agricultural jobs. 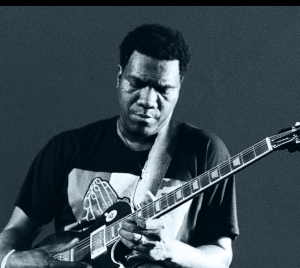 Kent hails from Holly Springs, Mississippi as the oldest Grandson and pupil of blues legend, R.L. Burnside. His playing dots the globe and his style is unlike any other: dark, hypnotic, inviting... and very dance-able. Kent got his real start in the music business playing with Jimbo Mathus (Fat Possum Records) and going on tour with Buddy Guy in the early 2000's. That was when he started developing his signature style of blues: dark, hypnotic, inviting and very danceable. 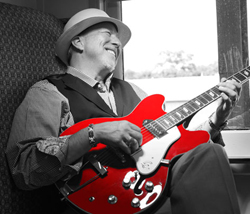 Stacy Mitchhart has built a worldwide fan base thanks to phenomenal live performances, national television exposure, radio airplay, loyal enthusiastic fans and aggressive marketing and merchandising campaigns. His masterful guitar work and strong vocals have been the driving forces behind his successful career. 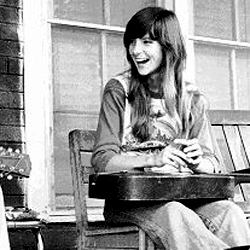 In the world of Mississippi blues and folk art, you won't find much better than Mr. James "Super Chikan" Johnson. He is the man. His "live" shows are legendary for their originality and energy. Whether he's playing his signature B.C. Rich guitar or one of his homemade gas can "Chikan-tars," you'll know that good times have entered the building after the first three notes. Winner of the Governor's Award for Excellence in the arts, Chikan recently released his 4th and perhaps best CD, "Chikan Supe." He's been all over the world, but this weekend he's back in town. 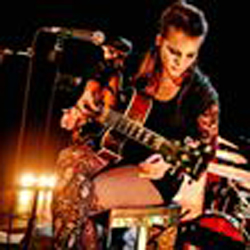 Ghalia is an emerging Blues, R&R singer/songwriter from the city of Brussels, BE. For the last six years, she's been working as a solo artist as well as bandleader of two home-made acts: "Ghalia & The Naphtalines", a high energy boogie, rhythm’n’blues band and her (all-original) project "Voodoo Casino", with whom she recorded her first album in 2016. 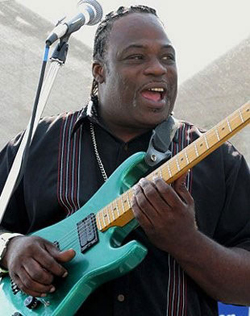 Terry “Big T” Williams has dedicated his life to his music. Born in Clarksdale in 1960, he spent his early years on a plantation in Farrell, Mississippi, hearing stories about Muddy Waters attending Sunday picnics in his grandmother’s yard. 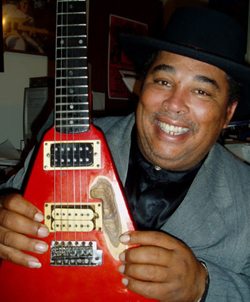 Blues guitarist, vocalist and bandleader John Horton was born in Arcola in 1959. His family initially lived in Holly Ridge, and then moved to the outskirts of Greenville, where he currently resides. He grew up with his father, who worked as a bulldozer driver, a job that Horton has had since shortly after graduating from high school. 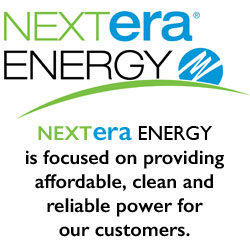